Played 7 rounds of competitive golf. Down from 11 last month and 16 in October.

During my time off the course I have been heavily spending time on Speed Control drills with my putting.

On top of the Speed Control game/work I spent 180 minutes doing what I call follow through stops with the putter. Length of putter plus grip length over 11 days/sessions averaging 16 minutes per session. Less than November.

During this month I did no pitching practice.

Overall this month the amount of time and practice fell. This was due to less events, many 8 hour car trips and 17 days off over December. It was great to see there was improvements still with all this time off from the game to rest the mind and body. My biggest improvement was Greens in Regulation which rose 8% compared to last month. Worked hard in this area with my coach Peter Krawitz from the Gary Edwin Golf Academy.

If you were to join together my putts per round of 28 with (which also made another consecutive month of improvement of .18 of a shot) my best improvement of the month Greens in Regulations I would have to assume my scoring average improved greatly during this month. This is what I have been waiting for. To see that the amount of effort off the course in structured practice is making a difference as long as it is structured you don’t have to practice till your hands are raw or fall off but maintain a level that is comfortable and achievable with your everyday life.

Need a structured practice plan like this? And don’t know where to start? Contact me to get started and start seeing improvements in your game. 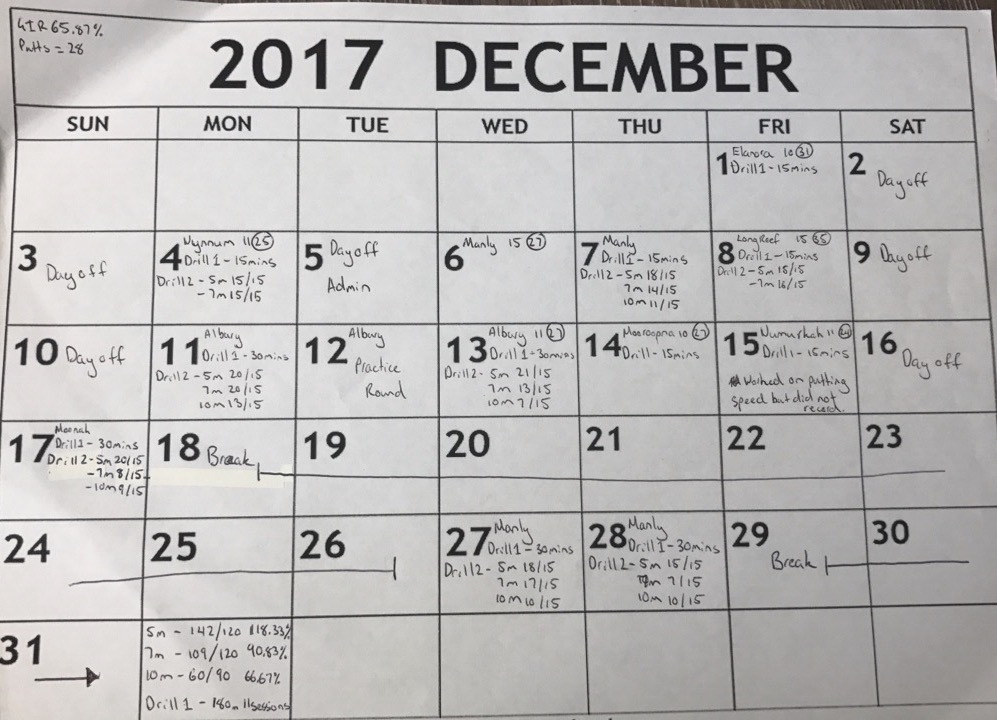